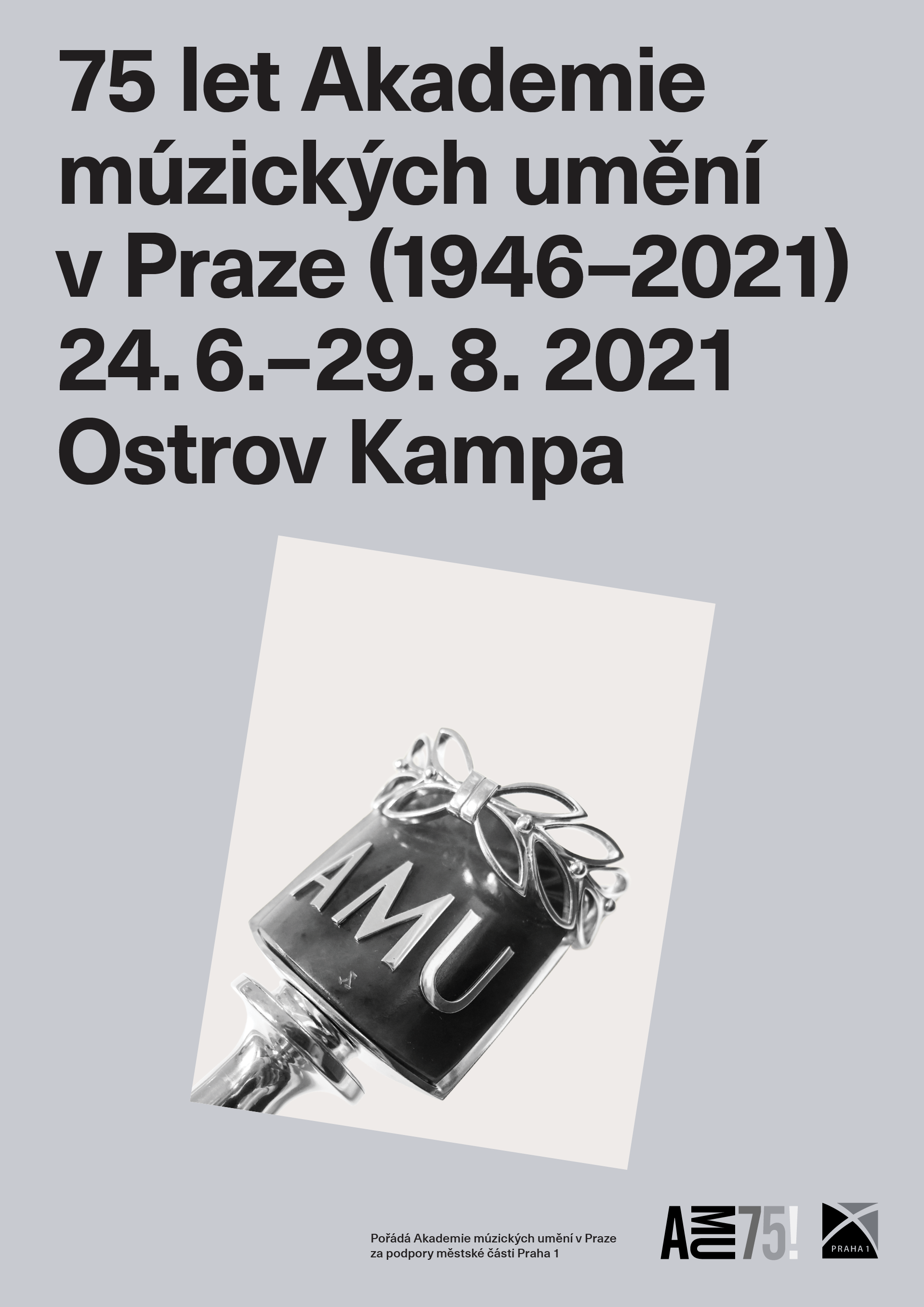 The Academy of Performing Arts in Prague is commemorating its 75th anniversary in the academic year 2020/2021. The coronavirus pandemic has affected the planning of the events intended to illustrate the anniversary and the meaning of AMU to the general public as part of the celebrations. Two major events will take place as planned, however, providing the notional climax of the celebration year. One is an exhibition mapping AMU’s history and the other is the autumn concert in the Rudolfinum. The exhibition takes place in the Kampa park from 24 June to 29 August 2021 and will be open to everyone without any restrictions.

The goal of the exhibition is to present to the general public the major historical milestones in the life of the Czech Republic’s largest tertiary art school that boasts a high international credit and contributes to the development of (not just) the local art scene. Spanning 15 outdoor panels, the exhibition maps the history of AMU from its inception to the present time in the context of historical developments that had undisputed effects on the existence of the school and often happened directly on academic soil.

The exhibition will offer viewers a wealth of photographs capturing the history of the school, including major developments from the Academy’s foundation to unique theatrical, musical and film performances, visits and lectures by major international cultural luminaries organised by the school, and evidence of cultural activities linked to societal developments. Visitors will also learn about the leading artists who greatly shaped the artistic leanings of the school and its students. The exhibition will also show the activities of the school theatre, DISK, film labs and film club, and the school music and dance ensembles that regularly spawn new generations of artists. The historical photographs are provided with brief explanatory captions in Czech and English.

AMU’s Vice-Rector for PR, Development, Science and Research, Jan Hančil, who is supervising the exhibition preparations, adds: “The 75 years of AMU’s existence virtually overlap with the entire post-war history of Czechoslovakia and the Czech Republic. The political developments were reflected in AMU’s life, but despite the period pitfalls, the school stayed true to its pursuit of excellence in art education and an international dimension of its educational and creative activity; of course, to the extent that circumstances permitted. Thanks to the love of art passed from generation to generation, AMU was an oasis of internal freedom during many periods. This may also be why the Velvet Revolution of 1989 started on its soil; the school has been experiencing more than 30 years of successful development since then.”

Creative team behind the exhibition:

The exhibition was prepared with the support of the Municipal District of Prague 1.