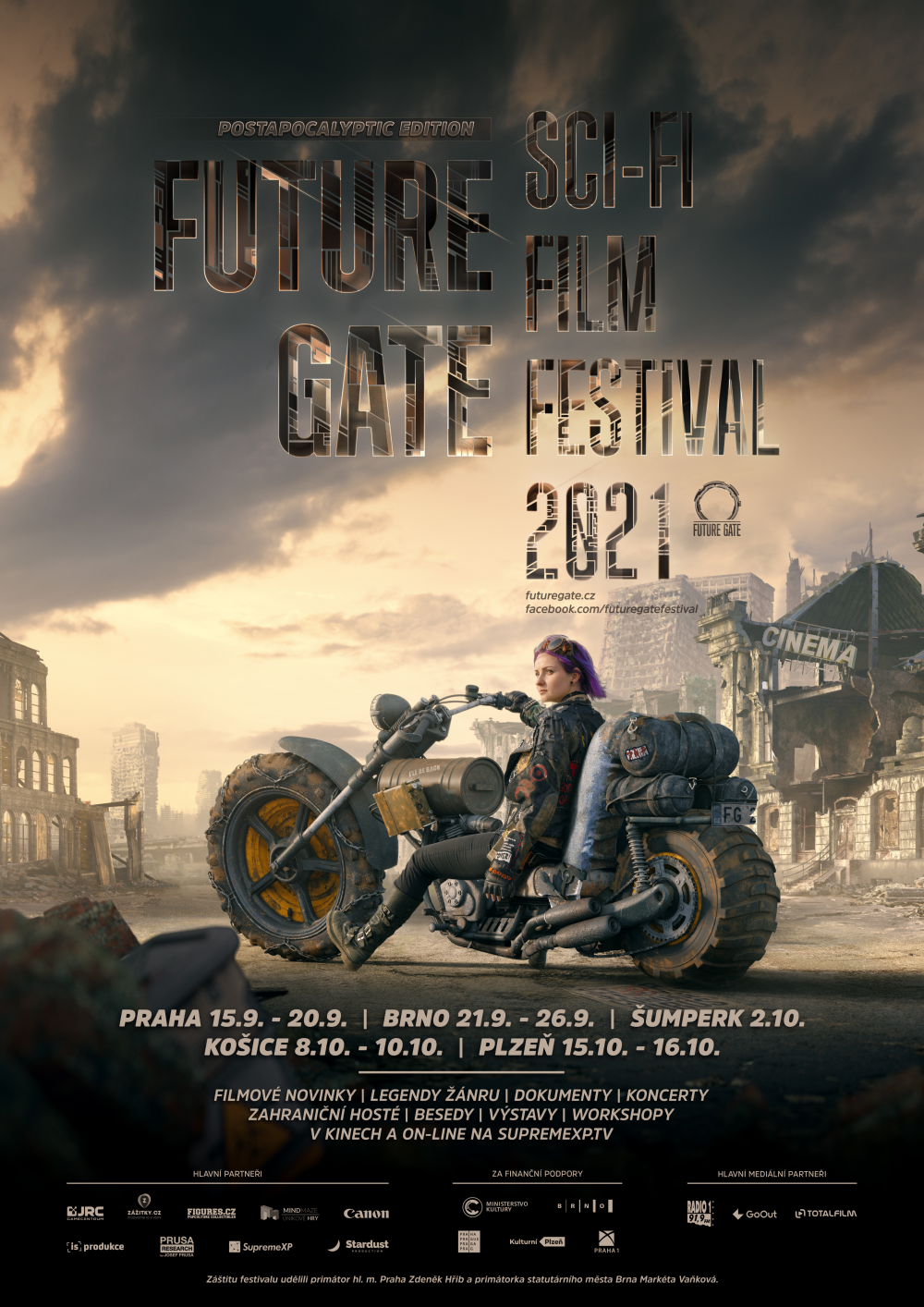 We invite you to the eighth annual Future Gate sci-fi film and culture festival, which will start at the Lucerna cinema in Prague on September 15, 2021, after which it will move to Brno. In addition to the main film competition, genre legends and documentaries, it will also bring a new student film competition. This year's festival will be held in a post-apocalyptic spirit. The guest of the festival will be Neill Blomkamp, director of District 9, Elysium and Demonik. And because FAMU is a partner of the festival, our students have free admission to the following three events - all they have to do is prove themselves with a valid student ID.

CHINO MOYA: LEKCE TVORBY HUDEBNÍHO VIDEA / HOW TO CREATE A MUSIC VIDEO
Praha 19.9. 14:00 Galerie Lucerna
Tens of millions of views on the internet, music videos for American singer St. Vincent, the band Hurts or Years & Years, and many prestigious awards. That, in short, is Chino Moya, admirer of Stanley Kubrick, Titian, Lovecraft and Pablo Escobar. In his lesson, Chino will showcase his music video work, link it to his feature film debut Undergods, listed in the Future Gate main festival competition, and share valuable advice with both aspiring and more experienced filmmakers.
The programme is only in English language.

KRÁTKÉ FILMY NEILLA BLOMKAMPA / NEILL BLOMKAMP’S SHORTS*
Praha 17.9. 16:30 Kino Lucerna
South African born writer-director Neill Blomkamp moved to Canada at the age of 18, beginning his career as a visual effects artist in film and television.  He is best known as the co-writer and director of District 9 (2009), Elysium (2013), Chappie (2015) and his latest feature film Demonic (2021).  Since 2015 he has been developing experimental films for his independent studio, Oats Studios.  The most notable works include Rakka (2017), Firebase (2017) and Zygote (2017).
The short films screening will be followed by discussion with Neill Blomkamp about his filmmaking approach and experience in the film industry.
The programme is only in English language.
*Students can have their participation in this event registered as a module in the following ac. year - for more information please contact karolina.kyselova@famu.cz from FAMU International.