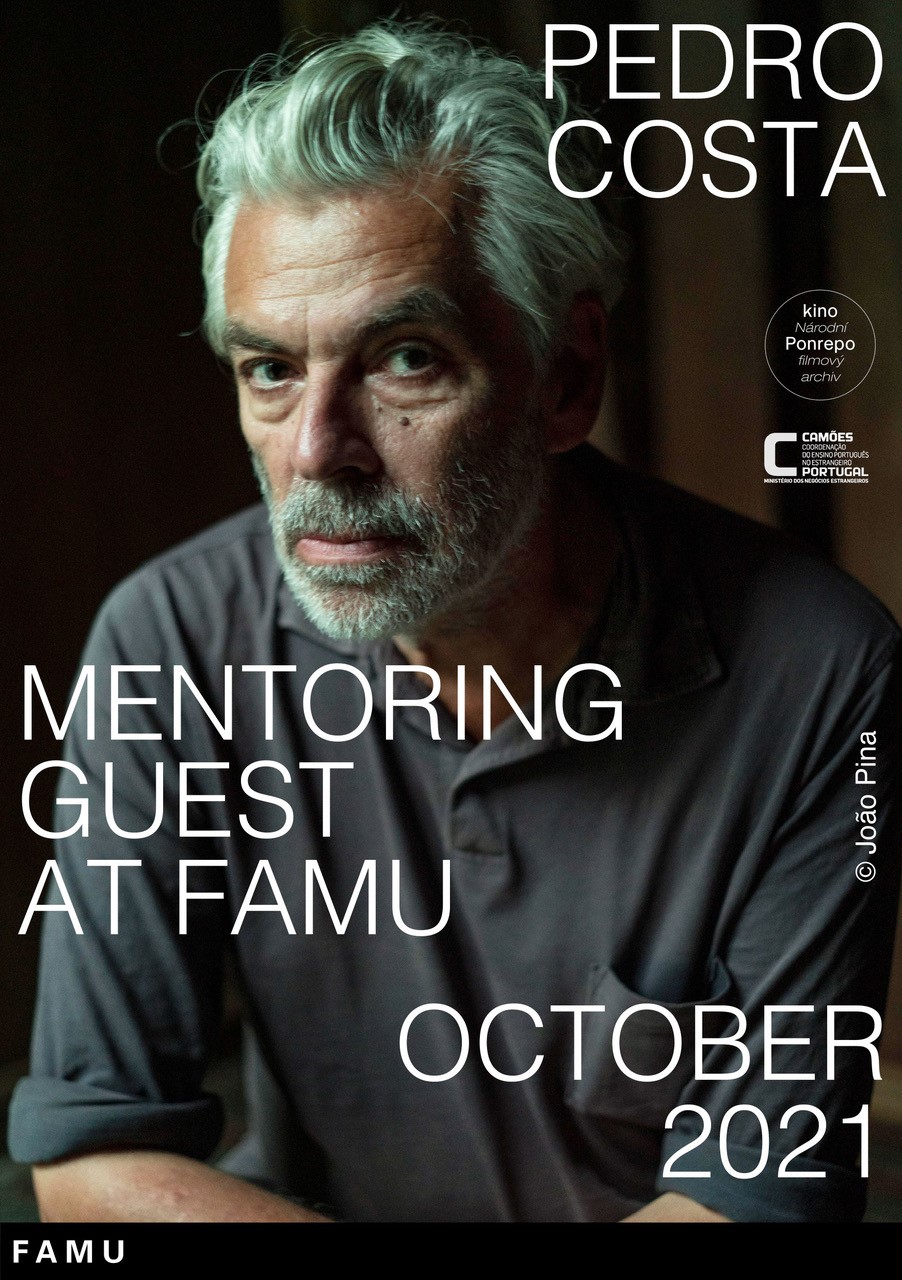 The prominent Portuguese film director Pedro Costa will visit Prague and introduce a series of films, both his own and by other global film masters, at the Ponrepo cinema over the course of almost two weeks. During his stay, he will teach master classes and offer advice to students of the Film and TV School of the Academy of Performing Arts in Prague (FAMU) for five days. FAMU invites leading global filmmakers as part of its mentoring programme.

Five filmmaker crews of FAMU students will get to consult the individualist director, a Golden Palm nominee from Cannes and a Golden Leopard Award winner from Lucerne, on their in-progress films over the course of five half-day intensive workshops as part of the Film and TV School’s ambitious mentoring programme, aiming to connect its students with the contemporary filmmaking scene.

“In our mentoring programme, which is in addition to the standard FAMU instruction system, students get in live contact with various forms of the current global cinema and audiovisual art. The key point is to give them an opportunity to confront their creative visions and methods with diverse personalities who have a singular style and contribute to shaping the current development of cinema,” says Andrea Slováková, Dean of FAMU.

Costa has prepared a unique programme for the Ponrepo cinema, including his singular films such as Vitalina Varela (2019, Golden Leopard, Lucerne IFF) his latest full-length drama; a film about a Cabo Verde immigrant, Juventade Em Marcha (2006, Golden Palm nominee at the Cannes IFF); and No Quarto da Vanda (2000), an intimate documentary from a Lisbon slum, as well as several films by other authors who profoundly influenced the Portuguese director. Pedro Costa will introduce three films in person.

“I think that Costa’s ‘small yet big’ films are inspiring primarily in the sense that they are made in a free (and almost punk) environment; they are often set in fantastically captured, dirty and constrained locations. Also, the director makes only such films that make sense to him philosophically and ethically. He often says that justice is and should always be present in the history of cinema,” notes David Havas, director of Ponrepo.

Pedro Costa is one of the living masters of the film art form who remain entirely independent. His unique relationship with his faithful crew results in films that represent a second-to-none mixture of poetic fiction and improvisation inspired by the protagonists’ complicated destinies.

The entire programme of Pedro Costa’s visit to Prague was prepared by the National Film Archive in cooperation with Instituto Camões, the Portuguese centre in Prague, and FAMU.

For more information about the programme, visit https://nfa.cz/cz/kino-ponrepo/cykly/?a=32588-pedro-costa-predstavuje-vlastni-tvorbu-a-filmy-spriznenych-autoru