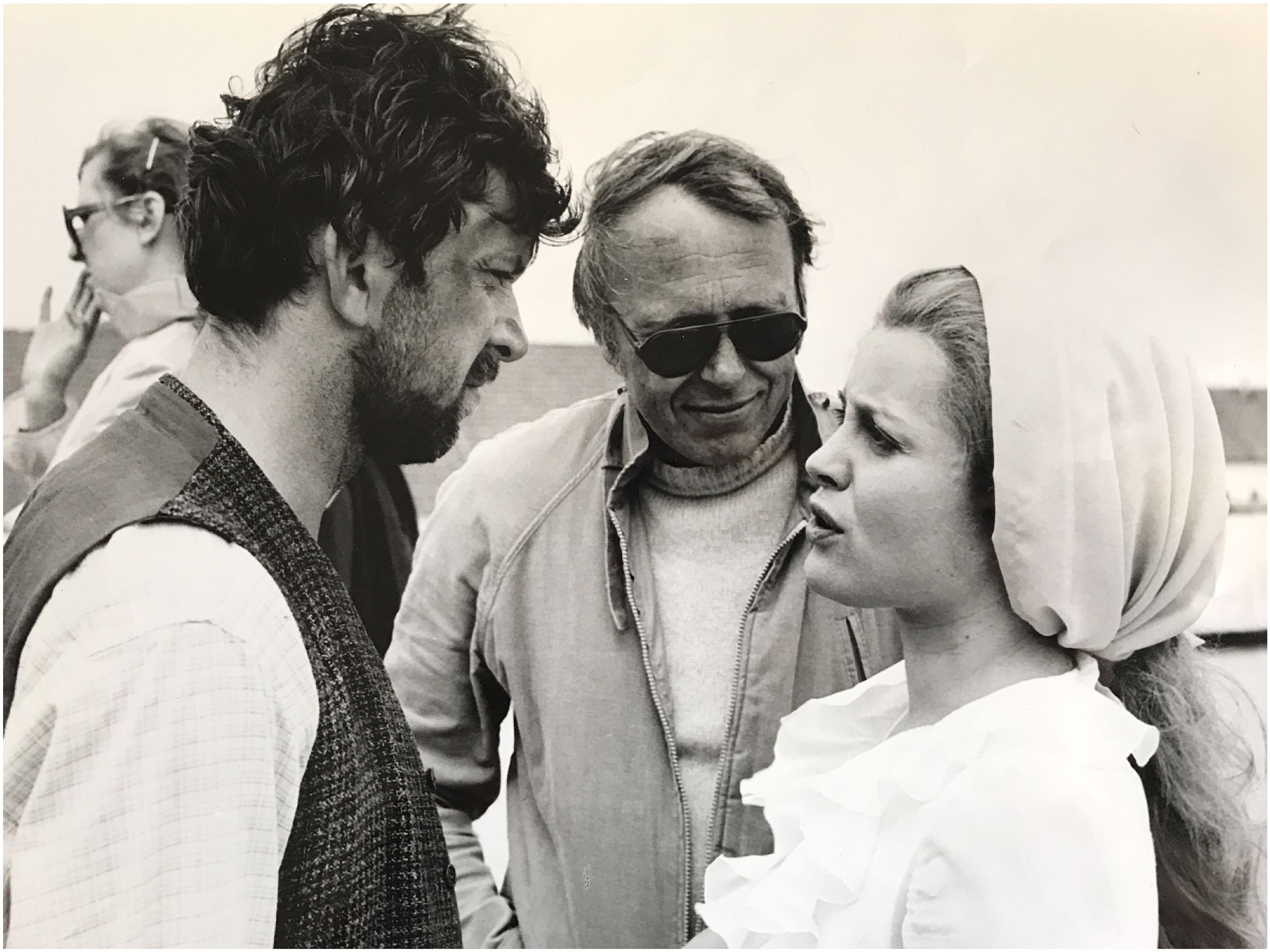 Professor Jan Šuster left us on Wednesday, 29 September 2021, surrounded by his closest family. He was born 86 years ago, in Levoča, Czechoslovakia on 23 June 1935. His father worked as a land surveyor, so he relocated often while young, beginning his high school studies in Šumperk and graduating in Jihlava in 1953. He went on to study at the University of Economics in Prague, graduating with the Ing. degree in 1959. During his obligatory military service in 1961–1962, he joined the military’s film department and worked on reportage, documentary and instructional films as a producer. Once out of the army, he worked briefly in advertising, collaborating closely with František Nepil. The next step in his career was the Barrandov studios where he started working as a deputy chief producer in 1962 thanks to his economic education. That proved to be a decision guided by the heart, and he went on to work at Barrandov for the rest of his active filmmaker life. On the set for Křehké vztahy, he encountered yet another “choice of the heart” in 1979 – his future wife Kateřina, who gave birth to their daughter Barbora in 1981 and son Jan one year later. His life was surrounded by their love from then on.

Jan Šuster quickly worked his way up to the Head of Production position at the Barrandov film studios and, over the course of the next 31 years (until 1993), he made an indelible mark with some 50 full-length projects and many TV series. His career can be seen as careening into several main directions that can be defined by the names of the directors with whom he worked on a long-term basis.

He was the chief producer who helmed all the films that director Jiří Menzel made in Czechoslovakia between 1974 and 1991. The notorious adaptations of Bohumil Hrabal’s books, Cutting It Short (1980) and The Snowdrop Festival (1983), the poetic The End of Old Times (1989) based on a book by Vladislav Vančura, and Seclusion Near a Forest (1976) featuring Zdeněk Svěrák gained a well-deserved cult status. Their collaboration reached its pinnacle with the nomination for the Academy Award for the best international film in 1985 with My Sweet Little Village. The last collaboration where Jan Šuster was the producer with Jiří Menzel was their take on Václav Havel’s The Beggar’s Opera in 1991.

Director Jindřich Polák was another – and no less significant – collaborator of Jana Šuster’s. They first met over the TV series Pan Tau (1972), made the Noc klavíristy (1976) detective story and, one year later, a popular sci-fi comedy known as Tomorrow I’ll Wake Up and Scald Myself with Tea (1977). Their other work could be summarised as films for children, following their initial collaboration. The extensive listing of films includes several cult-status TV Shows such as Pan Tau (1972), Lucy, Terror of the Street (1980), Návštěvníci (1983) and Chobotnice z druhého patra (1986).

Jan Šuster provided the production guidance for many popular film directors during his career; among others, we should mention Jiří Weiss, Pavel Juráček, Juraj Herz, Věra Chytilová, Ivan Balaďa, and Jaroslav Brabec whose Horror Story (1993) marks the end of Jan Šuster’s filmmaking career. What followed was another of the loves of his life – teaching at FAMU’s Department of Production, which he did with as much passion as his prior work.

Jan Šuster started teaching at FAMU right after the Velvet Revolution, in 1990, and he pursued the career as long as he had his filmmaking career – for 31 years, all the way to his final days. While a teacher, he first earned his Associate Professor degree at AMU in 1997, and President Václav Havel named him Professor in 2002.

In 1998–2002, he was the Head of FAMU’s Department of Production and took part in forming the concept for production students intended to help them build their careers in real life, and the Department still builds on the foundations that he co-created. Hundreds of graduates emerged from FAMU under his guidance, as what he taught them primarily was a love of the craft and respect for the author’s artistic expression. Values such as respect, a professional approach, constant learning, and cooperation within the film crew formed the basis of his lectures on the topic of production ethics. He had the opportunity to observe his students over the course of many years; many of them succeeded in the field. Keeping in touch with them and being tirelessly interested in their activities was always a source of great joy and fulfilment for Jan Šuster. He persistently encouraged his students, and many of them are following in his footsteps – the feeling of happiness over creation, self-confidence, and the love of the craft that Professor Jan Šuster conveyed to students while working as the Head of FAMU’s Department of Production remain with us.