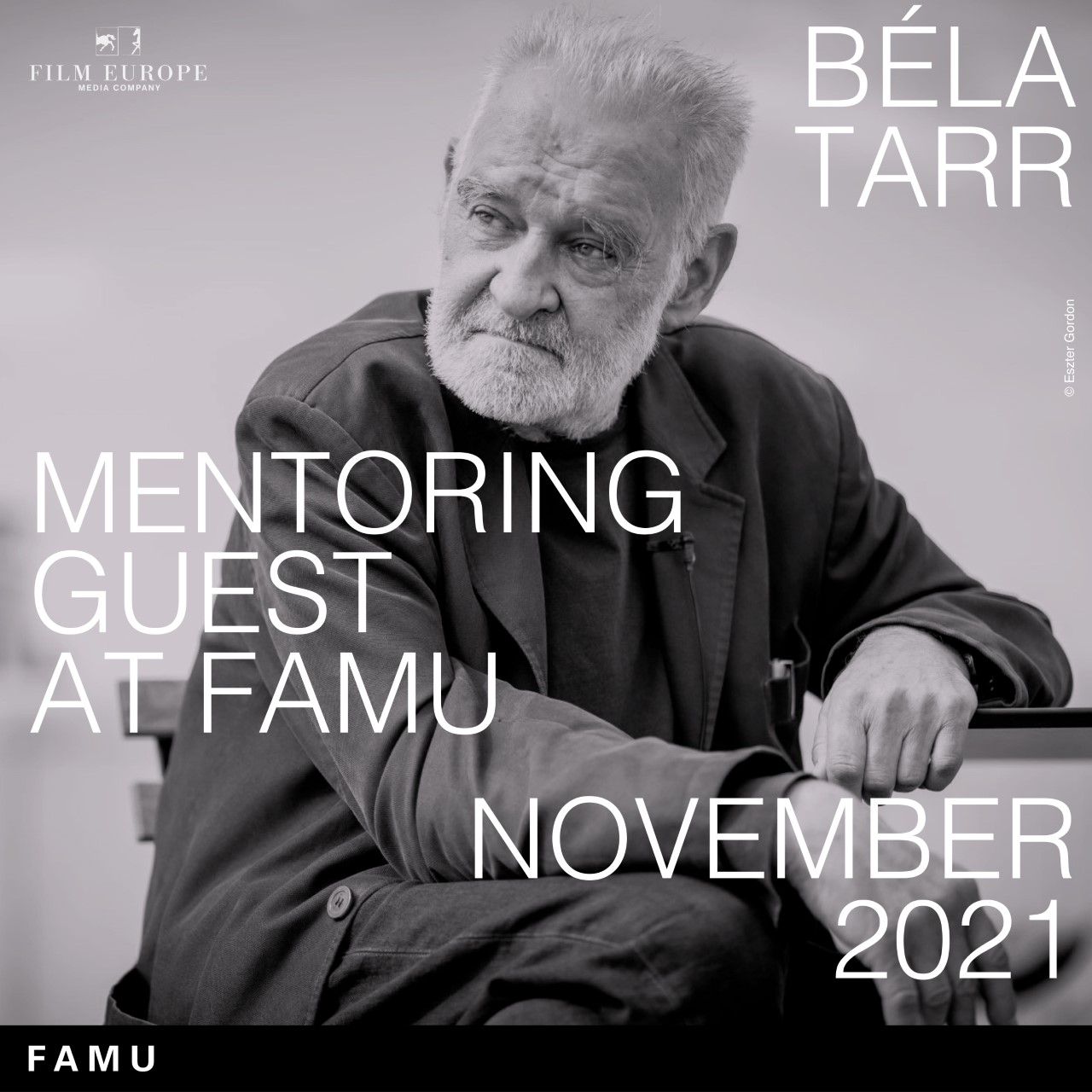 Renowned Hungarian film director and scriptwriter Béla Tarr will visit Prague’s Film and TV School of the Academy of Performing Arts (FAMU) on 31 October to mentor the school’s students for two weeks.

Béla Tarr, one of the most prominent current filmmakers, a Golden Palm of Cannes nominee (The Man from London, 2007) and a laurate of the Silver Bear of Berlinale (The Turin Horse, 2011) is yet another award-winning luminary of global cinema to cooperate with Prague’s film school under its ambitious mentoring programme. The scheme aims to connect FAMU students with the current filmmaking scene. The up-and-coming generation of filmmakers “brought up” by FAMU thus can get to know the working practice of renowned and singular personalities through close cooperation as part of a series of intensive hands-on workshops.

As a mentor at FAMU, Tarr will focus on the actual process of creating films. The film school students can look forward to being given room to form organic teams, work at their own pace and use the means of expression they find the best. Along with Tarr, they will work on theme and screenplay and scout locations, and Tarr will take part in the shoots. The potentially most creative part of making films is what interests Tarr the most.

“My task is not to say who should do what and how. We are free. I want students to feel free enough to seek and find their own language. It is important for them to find joy in the process, to be interested in what is happening around them and to transform that into their films. They should do it only and exclusively in their own way, not in anyone’s else. You know, you have to be brave. And if you are brave, you can punch me with a fist,” Béla Tarr replies when asked what message he finds to be the most important in his mentoring.

Prague’s Edison cinema will screen Tarr’s Damnation (1988) on 10 November from 6:30 pm as part of collaboration with Film Europe, the distribution company that purchased distribution rights to the film. The film will also be accessible via Be2Can VOD platform. Tarr will be personally present during the screening and room for discussion will be provided after the film ends.

“Our mentoring system, which is in addition to FAMU’s standard teaching process, offers students live contact with the very diverse forms of current global cinema and audiovisual art. The key is to give them an opportunity to confront their creative visions and professional processes with diverse personalities who have singular styles and shape the current developments in cinema,” notes Andrea Slováková, Dean of FAMU.

Béla Tarr (1955), a classic Hungarian representative of slow cinema is one of Europe’s leading filmmakers of the past four decades. He has gradually progressed from social dirges to distinctive spiritual films in which the visual style – the extremely long shots, breath-taking black-and-white image, and virtuosic camera choreography – takes over the narrative function entirely. His best films and the ones that earned him international renown include Satan’s Tango (1994), a modernist masterpiece of seven hours in duration, and the allegorical Werckmeister Harmonies (2000).