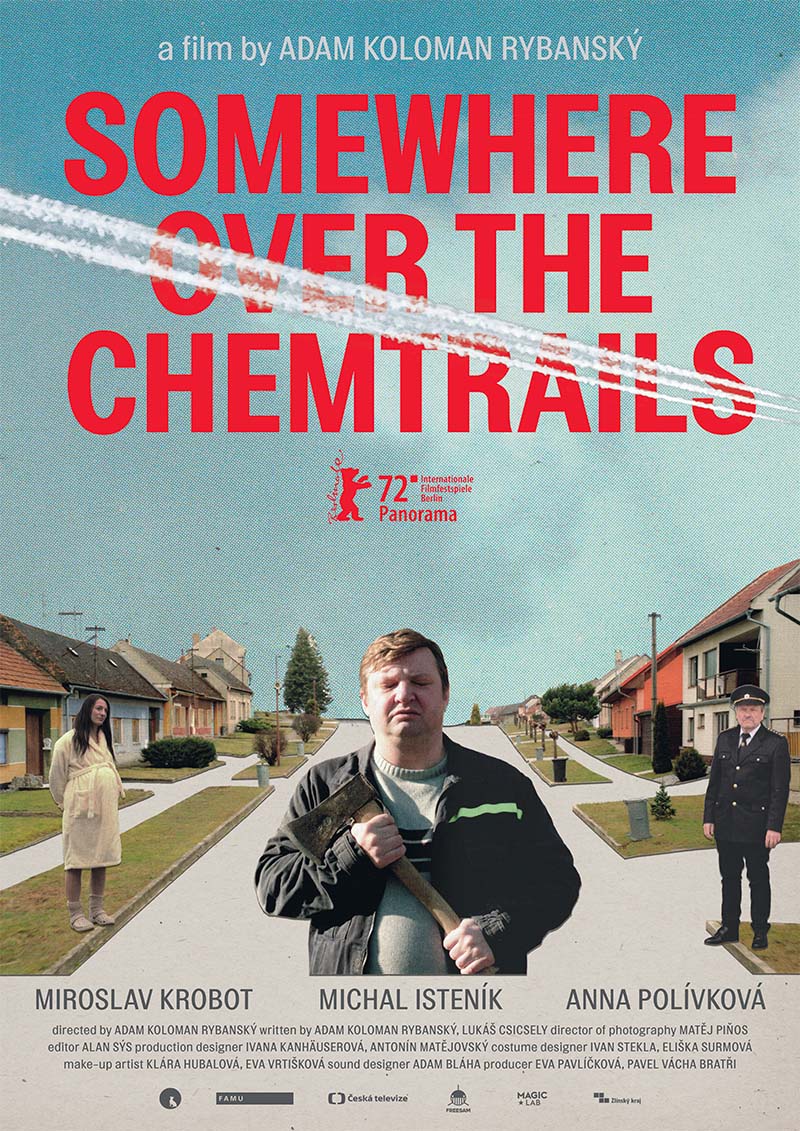 "Somewhere Over the Chemtrails", a graduation film by Adam Koloman Rybanský from FAMU’s Department of Directing, will be featured at the Berlinale – Berlin International Film Festival

Somewhere Over the Chemtrails, the graduation film by Adam K. Rybanský from FAMU’s Department of Directing, will globally premiere in Berlinale’s Panorama section. The festival is one of the world’s premier film events and will be held on 10 February this year. The last Czech feature film to officially appear in the festival’s Panorama section was I, Olga Hepnarova in 2016.

Somewhere Over the Chemtrails is a comedy about volunteer firemen featuring Miroslav Krobot, Michal Isteník and Anna Polívková. The fire brigade in a small village faces a challenge completely different from a fire. The peaceful and happy life in the community is destroyed by the suspicion of a terrorist act. Other actors include Jiří Vymětal, Marek Pospíchal, Albert Čuba and Vladimír Škultéty.

“When I heard the news, I was really surprised, and am immensely happy! Of course, we dreamed of something like this happening, but we didn’t really expect one of the world’s biggest festivals to select a debut film made by an unknown director, without an international agent or any lobbying. It is a huge honour for me, and also good news in the sense that the film can likely speak to people in other countries, so its humour and theme may be universal,” director Adam Koloman Rybanský reacted to the news. “Many people told us the film was very local and Czech. I agree with that and think it has the potential to speak to a broad range of Czech audiences, yet I also believed, ever since the initial thought of the film, that it could intrigue foreign viewers. I have never thought, however, that the first international audience to see it would be at the Berlinale,” the director added.