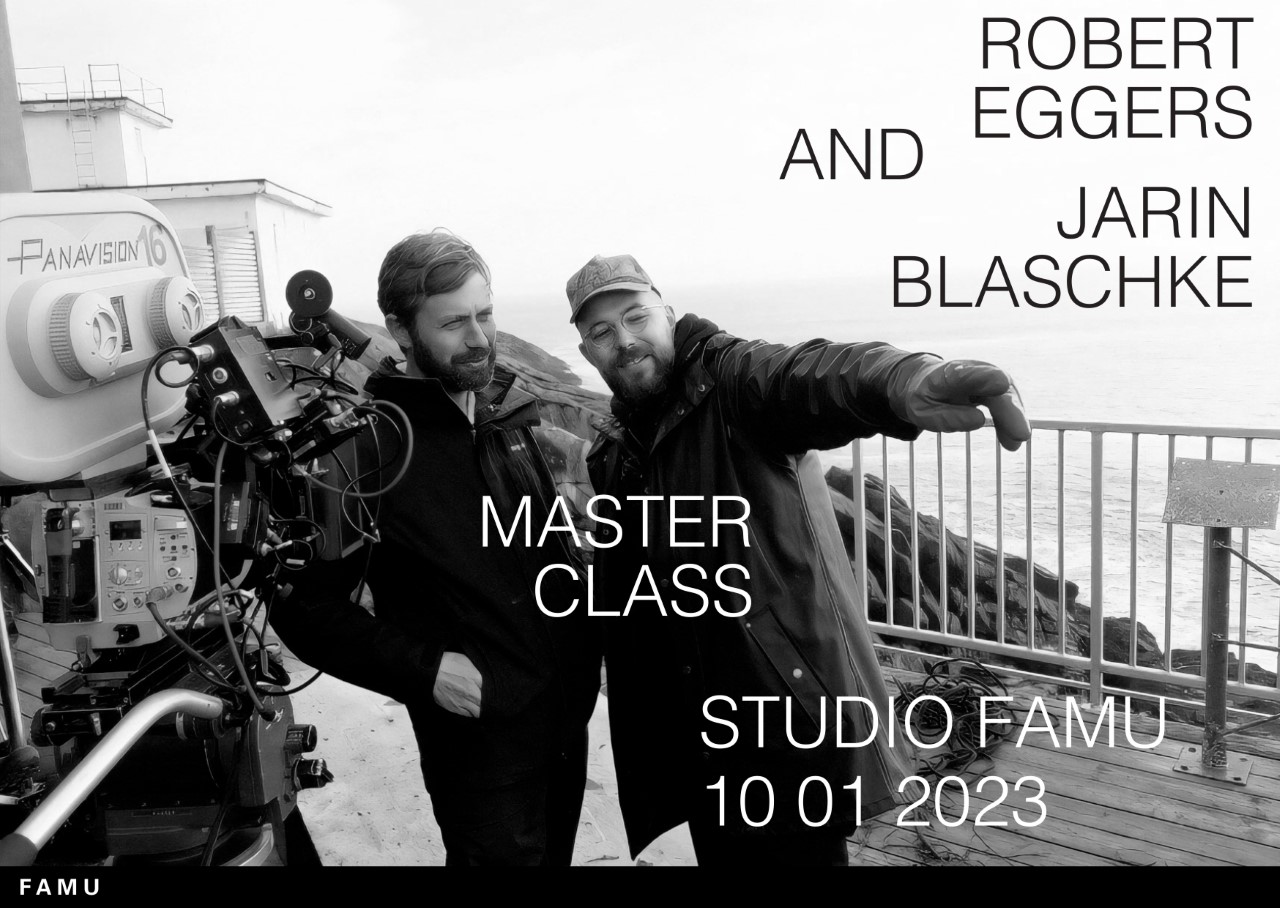 Robert Eggers and Jarin Blaschke: screening and masterclass at the FAMU Studio

The Reference Screening Room of the FAMU Studio will host a masterclass by film director Robert Eggers and cinematographer Jarin Blaschke on Tuesday, 10 January 2023. The filmmaker tandem has created films such as The Witch (2015), The Lighthouse (2019) and The Northman (2022). We will watch The Lighthouse and The Witch as well as two short films at the Studio with the authors tomorrow. Alexandra Hroncová and Jan Jindřich Karásek will moderate the masterclass. We are looking forward to it.