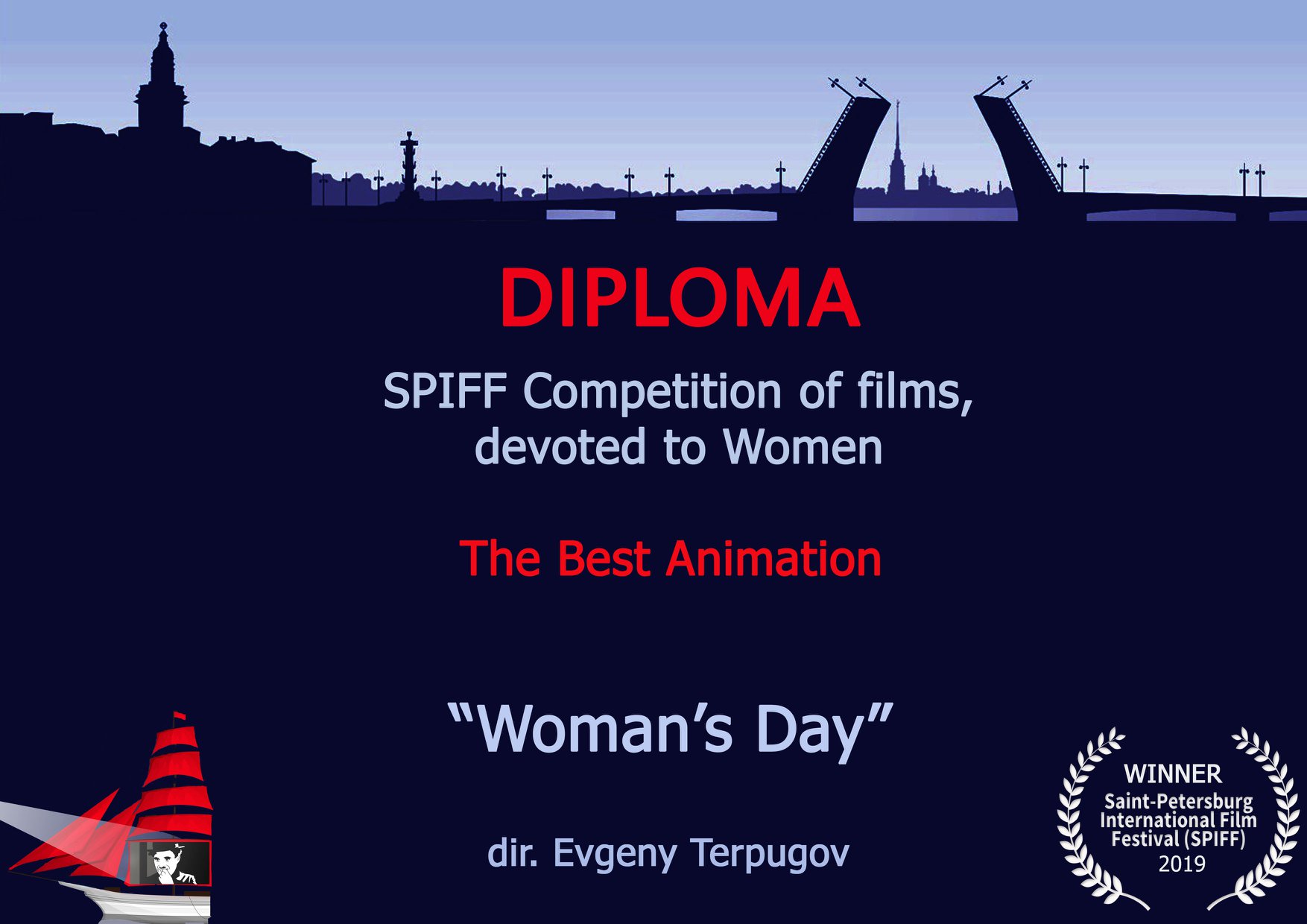 The animated film Woman’s Day by Evgeny Terpugov from FAMU’s Department of Animated Film won the Best Animated Film Award at this year’s edition of the International Film Festival (SPIFF)!

In the space of just five minutes, Evgeny Terpugov succeeded to create an introspective film about femininity and rediscovering oneself. The plot of the poetic animated film takes place in a steam bath – the typical Russian “banya”. Tortured by a relationship and maybe even her own life, a woman is getting ready to exit both. The banya becomes her refuge, a place of contemplation, both physical and mental regeneration, and finally liberation.