Oscar-winning animator, film director and illustrator Michaël Dudok De Wit will visit FAMU in the first week of May. The students of Prague’s film school can look forward to a masterclass and two days of intensive mentoring that the Dutch filmmaker will provide primarily for the students of the Department of Animated Film.

“We offer our students live contact with the current global cinema through various filmmaking professions – to date, our guests have been mostly directors and cinematographers. I am really happy that we will explore the creative methods of animated film this time,” says Dean of FAMU Andrea Slováková.

Michaël Dudok De Wit is one of the most prominent global animators ever. His full-length film The Red Turtle (2016) that he made with the famed Japanese Ghibli Studio (Spirited Away, My Neighbor Totoro, Princess Mononoke) was nominated for an Academy Award, as was his short The Monk and the Fish (1994). The short drama Father and Daughter (2000) eventually won the world’s most prestigious award. Students will have an opportunity to see these and a few more films at the FAMU Studio in the director’s presence, followed by a discussion with the author.

“I am immensely happy that director Michael Dudok de Wit will visit FAMU. He is one of the most prominent current global animated film makers. He will show the students his creative process and films, and offer personal consultations to some. I believe that the presence of the film director and his thoroughly artistic, profoundly humane and humble approach will inspire the students and enrich them for years to come,” says director Michaela Pavlátová, Head of the Department of Animated Film.

Dudok De Wit is certainly not the first globally acclaimed filmmaker to visit the school. Even during the strictest lockdown, luminaries who communicated with students remotely included Greek film director Yorgos Lanthimos (The Lobster, The Favourite) and Martin Scorcese’s chief cinematographer Rodrigo Prieto (The Wolf of Wall Street, Brokeback Mountain). When the anti-epidemic measures were lifted, the school launched a unique mentoring programme that is based on filmmakers’ personal presence in school, debates, screenings and, most importantly, discussions with students over their projects. For example, Hungarian director Béla Tarr spent two weeks in Prague and took part in several student film shoots. Viewers had an opportunity to see the films that came from this collaboration during this year’s FAMUFEST 2022. Our most recent guest in April was award-winning French director Bruno Dumont.

Michael Dudok de Wit (1953) is a Dutch film director, animator and illustrator. He made many award-winning films – his six-minute The Monk and the Fish (1994) won a César and was nominated for an Oscar. The author eventually won the Academy Award (and two dozen other awards including the grand prize at Annecy and BAFTA) for his nine-minute drama Father and Daughter (2000). He was also nominated for an Oscar and the European Film Award for The Red Turtle (2016), his first full-length produced by the legendary Japan-based Ghibli Studio. 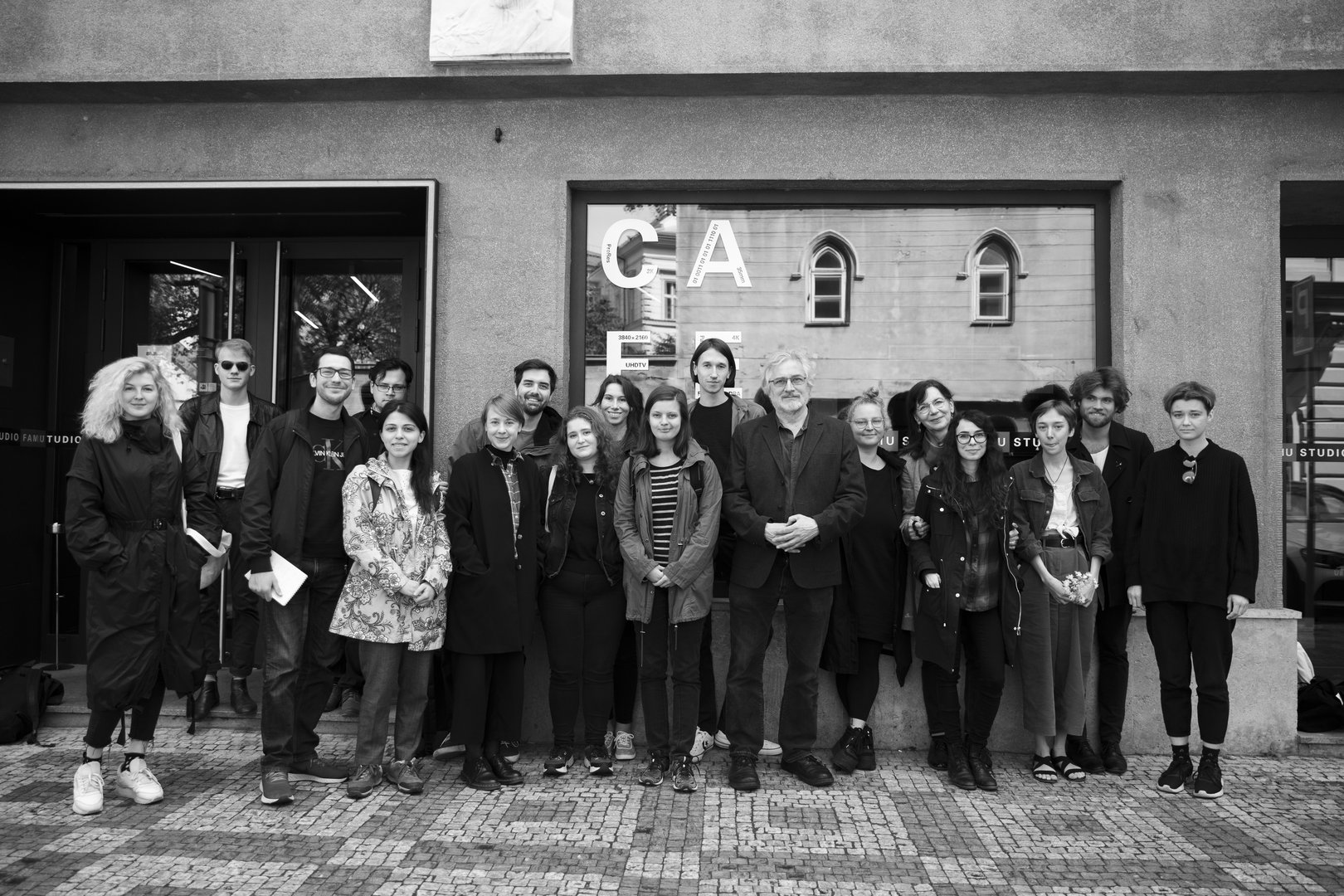