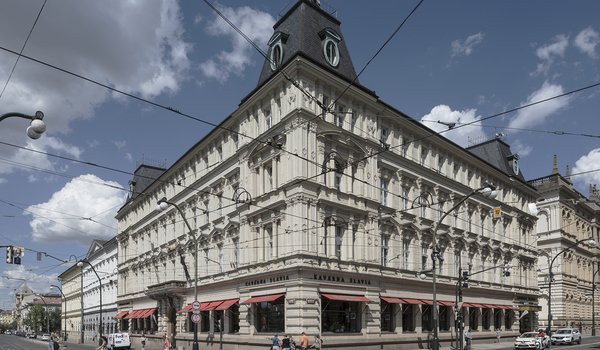 Key Action: Cooperation for innovation and the exchange of good practices

"Open innovative resources for filmmaking education and training (OIRFET)” is a strategic partnership between four film schools (PWSTTViF from Łódź, Poland, FAMU from Prague, VSMU from Bratislava and ADU from Zagreb).

Partnership was formed to improve teaching programs of film editing and to create an innovative, open, internet film resources for students and teachers.

The materials will consist of dedicated film files and teaching programs that corresponds with them.
Materials will be created in the course of a three-year intensive cooperation of 14 lecturers and 80 students, both during four international workshops and while working on film production and preparation of materials at each university.
In addition, students will take part in a series of workshops enabling them to develop such skills as planning educational and professional path and working in an international environment.

- creative film workshops will take place (4), during which students and staff will learn how to create film materials devoted to film education;

- intensive international workshops will be organized (4), during which students and lecturers will review the work of each group. In particular, the group will examine how this methodology can be used to develop the student's practical skills in order to support professional young filmmakers;

- an open, online database of didactic film materials will be launched and widely promoted;

- dissemination of the results will be conducted through an intensive information campaign at the local and international level;

- information about the possibilities of using the Erasmus + program will be spread and work on new initiatives will begin.

As a result of the project, an open, accessible database of film materials and accompanying film-making tools for both schools and self-taught will be created. Project will result in the professionalization in film education, closer cooperation between film schools and in increasing the accessibility of film education for everyone.